The 2020 album performed live in full with a seven piece band at The Gaiety Southsea, South Parade Pier.

"He will have a career in music because of that beautiful, breathy voice" - Dave Stewart

“What an incredible voice, and a nice chap too!” - Matt Cardle

Marley Blandford is a singer-songwriter & guitarist/pianist from Portsmouth, binding together a blend of pop, soul and folk for his unique sound.

Since 2014, Marley has received BBC Radio 2 airplay on his single "Feel The Rain" which features a brass section written with Martyn Ford (The Beatles, Bob Marley, Phil Collins), as well as live performance slots with BBC Radio London, Wave 105, Capital & Heart to name a few.

His follow up single "Counting Stars" hit number 1 on nationwide radio station Orla FM in Poland in 2015 as voted by listeners, sitting in the top position for 3 weeks above the likes of Katy Perry & Ed Sheeran.

Marley made his TV debut on BBC One in 2015, performing live to over 4 million viewers across the UK. This led to invites to open shows for Christina Perri and Lawson, playing to thousands of people across the year, including a sold out show at KOKO in Camden to 2,000 people.

Marley’s 2016 release “A Shooting Star Ain’t A Sign Of Love” is an accomplished mix of his skilled songwriting abilities with songs ranging from country pop to soul ballads. It led to prime main stage slots at festivals such as Victorious Festival, sharing the stage with the likes of Noel Gallagher and Will Young, and later winning Best Solo Artist 2016 at WOW24/7 Awards., as well as a special performance slot on the BBC Introducing Live Lounge.

After opening shows for Lucy Spraggan, Janet Devlin, Matt Cardle, Luke Friend & Sam Bailey across the UK over the last few years, Marley recorded and released his 2020 album "Ephemeral Adventures" to critical acclaim, earning him airplay on BBC Radio Solent, Wave 105 and being playlisted on Express FM, hitting the Express FM local artist charts on several occasions for each single. 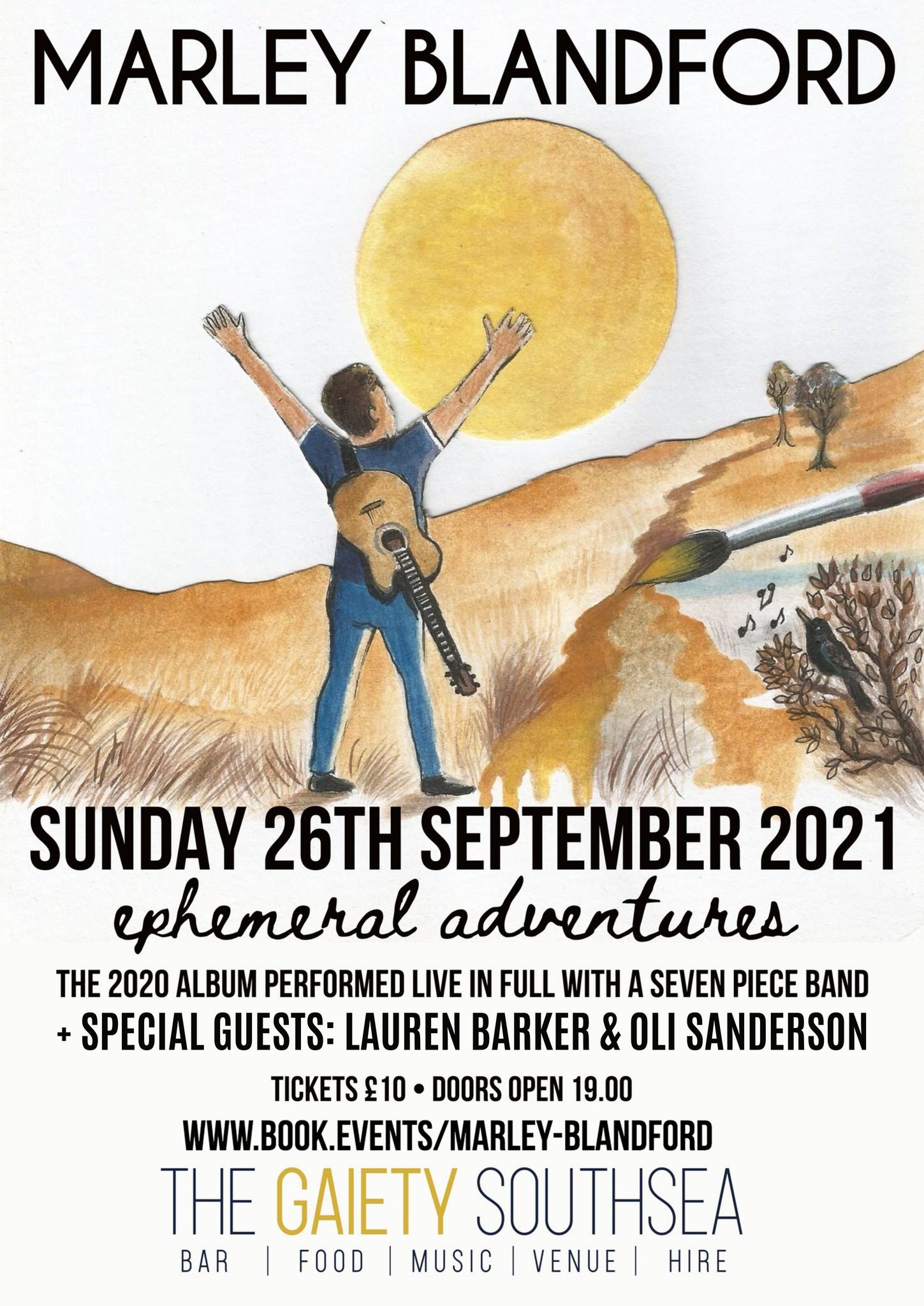 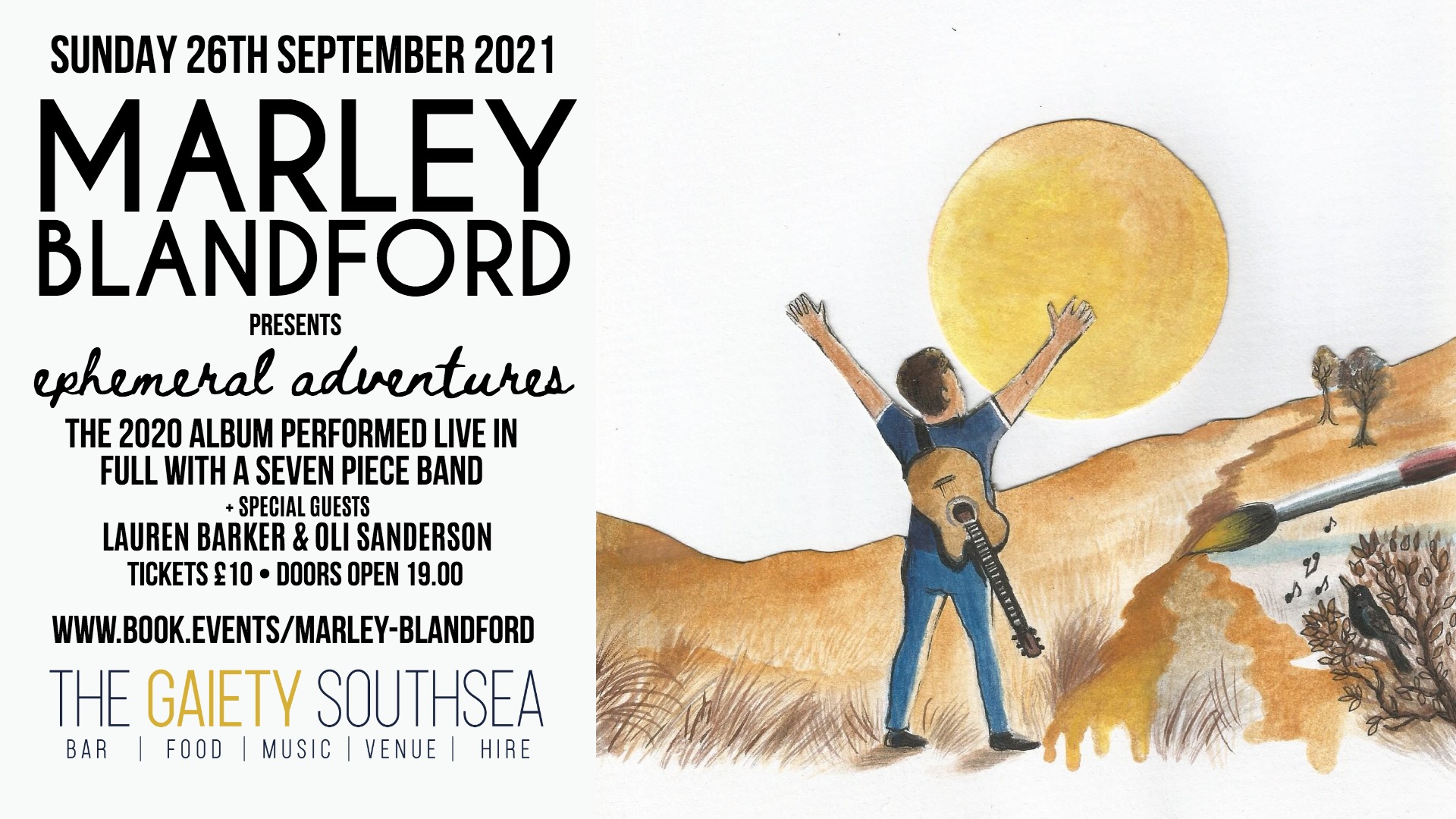